My father, David, had a very successful back surgery on Monday. After suffering for over 2 months, he is now free from the pain of a ruptured disc. He has 3-4 weeks of recovery during which he cannot work, but he is excited to be back at the store and healthy in time for “seed season” in the spring!

******
Jeff Rieves and I will be teaching a gardening class on Thursday night, January 21st, at Wing Haven Gardens in Myers Park. Jeff and I will also be finalizing the 2016 Family Food Garden Series of classes that he will be teaching at the hardware store and farm throughout the year. I will have the schedule posted next week! 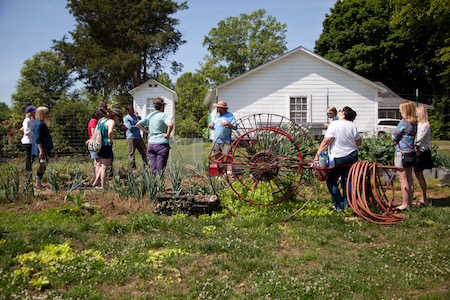 On-farm class about composting, taught by Jeff in 2014
*****
The greenhouse at Renfrow’s will begin filling up this week. We will receive our first round of bedding plants on Thursday, Jan 21. This will include collards, broccoli, arugula, spinach, bok choy, Stonehead cabbage, brussels sprouts, swiss chard, and more. So far we’ve had a very mild winter – and the ten-day forecast shows it will continue for awhile longer. Since we were successful with planting collards and broccoli in January last year that survived February’s bitter temperatures, and thus had them ready earlier than many folks in the area, we are going to try pushing the envelope again this year. If you are itching to get out in your garden this weekend, join us! 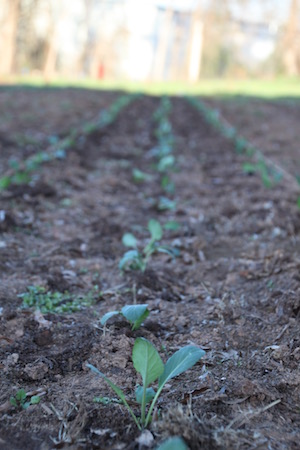 Collard transplants set out at the farm on January 21st, 2015. 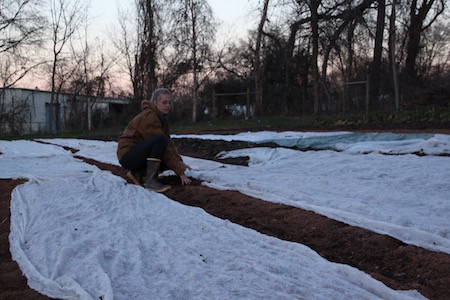 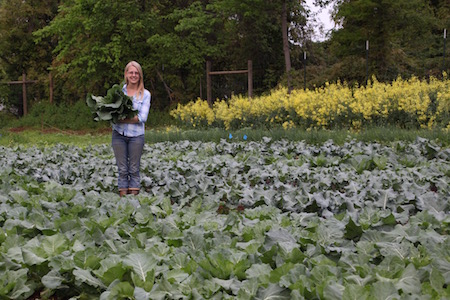 Abundant harvests by early April, 2015
It is also rumored that Irish seed potatoes will arrive by this weekend. I will update the Renfrow Hardware website when they do. Gardeners, be excited!
Take care and stay warm this week,
~Pressly Williams & the farm crew
Renfrow Farms Market
is closed for the winter
Sign up to have this newsletter delivered straight to your inbox here.
Tweet

This error message is only visible to WordPress admins

Please go to the Instagram Feed settings page to create a feed.